After the Battle of Sekigahara the Yagyu family became intertwined with the
Tokugawa Shogunate as their sword instructors, and protectors during a period
of anarchy. Yagyu Munenori’s swordmanship protected the reputation of the
family, and his son Yagyu Jubei became a wandering swordsman, ranging about
the country on a secret mission to uproot villainy, and fight injustice. This is a
major Jidaigeki work as seen through the eyes of Munenori, showing the types of
men that the 3 generations of Yagyu were that worked for Tokugawa Ieyasu and
lived by the sword in that turbulent era. This 12 hour mini-series is the best in
drama and action, a true collectors gem! All you ever wanted to know about the
real Yagyu Family along with the first three Tokugawa Shogun, this series has it all! 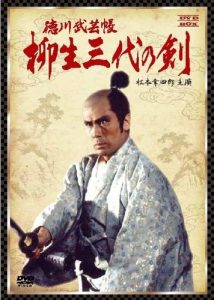