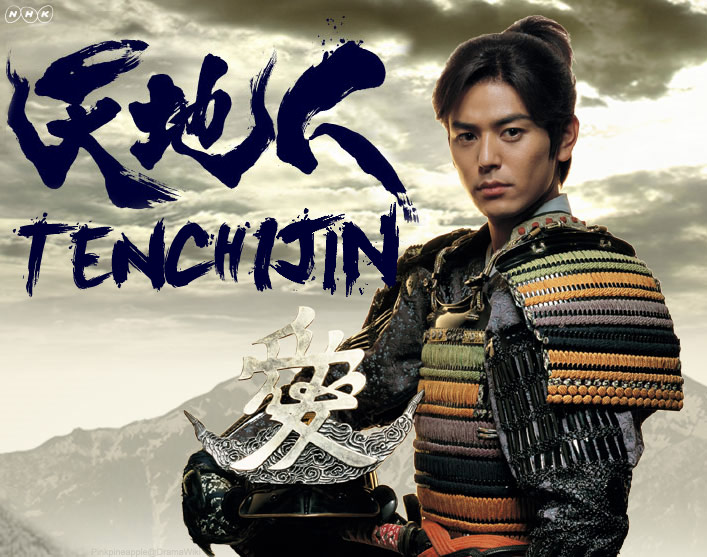 The 48th NHK Taiga drama is Tenchijin, based on Hisaka Masashi’s novel of the same name. The story centers on Naoe Kanetsugu, a loyal and devoted samurai in Echigo Province in the 16th century. Kanetsugu was trained in his early childhood by Uesugi Kenshin and after his death, served Kenshin’s adopted son Kagekatsu and is known for his extreme loyalty to the Uesugi family. He also made every effort to protect the people of Echigo with a strong sense of justice and genuine sympathy toward commoners. —NHK 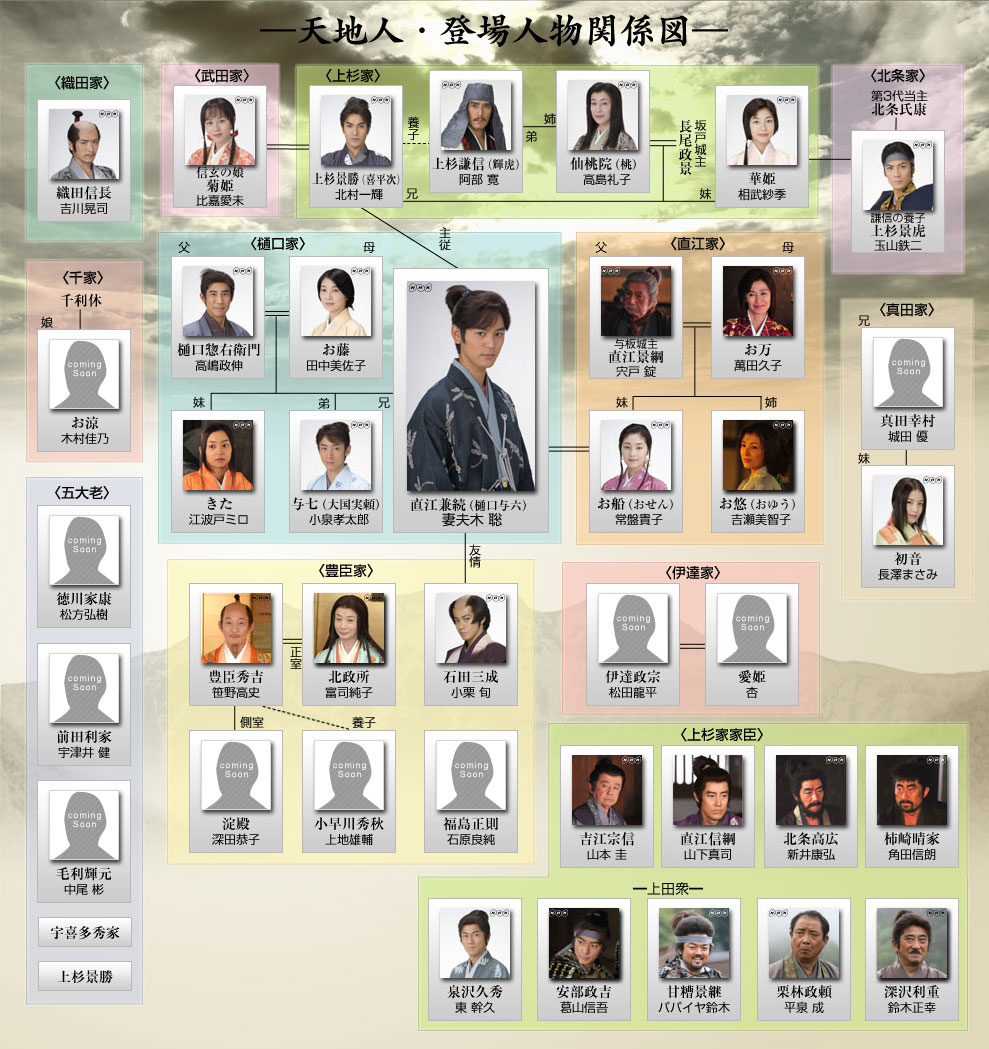