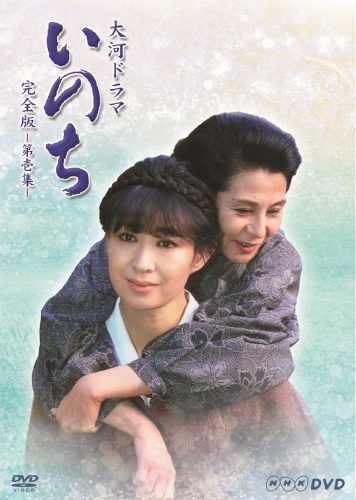 The drama is set on August 18, 1945, three days after the end of the Pacific war. A freight train completely jam-packed with passengers heading for Aomori from devastated Tokyo. Among those weary-looking passengers, It’s the heroine of this drama: Miki Takahara (20) and also her sister Sachi (16). When there is apparently no more room for any extra passengers at the railway station, Miki hears a woman shouting to the passengers to let her in because her mother is dying. Miki impulsively extends her hand to help the woman to get on board the train; the woman then introduces herself to Miki and Sachi as Haru Muranaka (20). Miki and Sachi are the daughters of a wealthy landlord living in a village in the Tsugaru area in Aomori prefecture but they have been living in Tokyo since before the war to attend school. A few days after Miki and Sachi have safely come home, a young man wearing a naval officer’s uniform, suddenly visits the Takaharas’ house with Haru late in the evening. He says that he rescued Haru when she threw herself into the sea. Miki finds, however, that Haru’s real intention in coming to Aomori was to see her wartime lover who had returned to his parents’ home in Aomori, in order to tell him that she is expecting his baby; but Haru’s lover had refused her, saying that there was no evidence that the baby was actually his.