Based on the manga by Nishimura Mitsuru and Kajikawa Takuro, this drama is about time travel. A chef by the name of Ken, somehow manages to go back in time to the Sengoku period. However, he loses his memory in the process. He is thought to be a spy, and in his haste to escape capture, he dives into the river. He is saved by Natsu, a swordsmith. He doesn’t remember his own past, or the fact that he came from the future, but he remembers cooking well. He is soon recruited by Oda Nobunaga to be his Head Chef. —TV Asahi 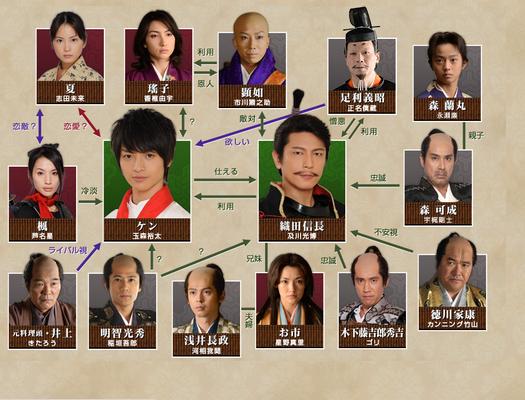 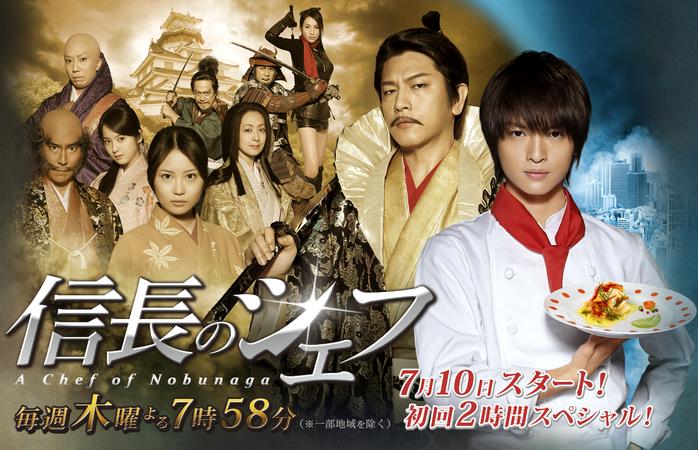 French chef Ken, who went back in time to the Sengoku period and became the personal chef of Oda Nobunaga, has regained a part of his lost memory. He learnt the way to return to the present with the help of Akechi Mitsuhide but did not go back and chose to live as Nobunaga’s chef. Nobunaga’s biggest and strongest enemy, the warlord Takeda Shingen and Nobunaga’s official wife Nouhime appears, heralding ups and downs in the relationship of trust between Nobunaga and Ken. And will Mitsuhide cause the Honnoji Incident? –jdramas wordpress– 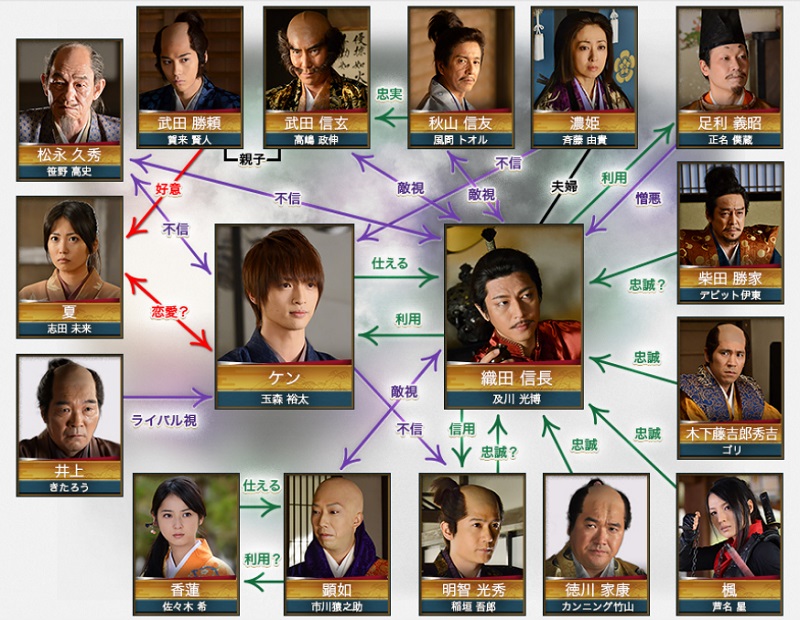