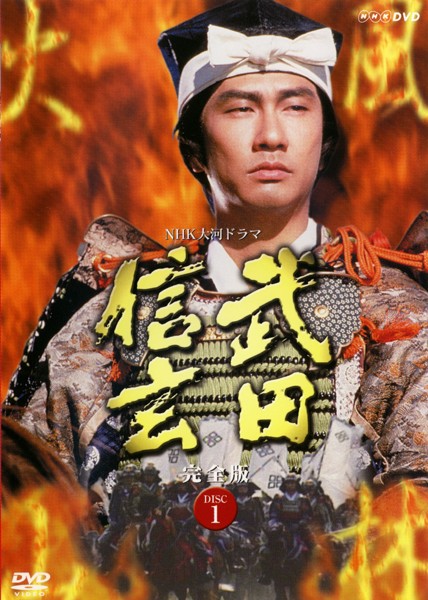 “Steady as a mountain, attack like fire, still as a wood, swift as the wind”.

NHK Taiga Drama for 1988 is The life story of the famous warlord Takeda Shingen (1521-1573), aka “The Tiger of Kai”. Based on the novel by Jirou Nitta. Starring Kiichi Nakai as Takeda Shingen.

There was a very turbulent time in the warring period in the history, and Takeda Shingen is consider one of the great warlord among many other, Uesugi Kenshin and Oda Nobunaga were present.

There were many wars fought back then for power and prestige. But ordinary people just wanted their crops planted and harvested to feed their families, but that got harder and harder as the healthy young men in the families were sent off to war and the fields went to ruin.

Takeda Shingen fought for peace and to expand his home province but apparently he should have paid more attention to his household because his home life had no peace behind the smiles and greetings.