Story
Nakane Kyoko grew up in a wealthy family and was raised by her strict father Shigekazu, a high-ranking government official who did not see learning as a necessity. At the age of 19, Kyoko is introduced to Natsume Kinnosuke (Soseki’s real name) as a prospective marriage partner at her father’s recommendation. She falls in love with him at first sight while he is fascinated by her carefree smile. The two of them get married and begin their new married life in Kumamoto where Kinnosuke has taken up a post as a high school teacher. Although Kinnosuke is an extraordinary intellectual who skipped grades at the imperial university, he grew up not knowing the warmth of family because he was given up for adoption as a child. He is an emotionally insecure and difficult person. In an attempt to understand her husband, Kyoko tries hard to read what he read, interact with his friends and join difficult conversations. But she experiences repeated failure. The hurdles in that world are high and way beyond her. Then Kyoko miscarries their first child and her attempted suicide because of loneliness causes a commotion. This is their first crisis as husband and wife. What will they become of their future?

Characters
Ono Machiko as Nakane Kyoko
The eldest daughter of the Nakane family. She grew up cherished by her father Shigekazu. At the age of 19, she met Natsume Kinnosuke who is 10 years her senior and they got married. She is outgoing, cheerful and loves fortune-telling.

Hasegawa Hiroki as Natsume Kinnosuke (Soseki)
An intellectual who was a graduate of the imperial university and became a teacher. He was given up for adoption as a child and grew up with little parental affection. He has a difficult personality.

Kuroshima Yuina as Yamada Fusako
Nakane Kyoko’s cousin. She is kind and honest. After graduating from a girl’s school, she trains in homemaking at the home of the Natsumes.

Mitsushima Shinnosuke as Arai Tomoo
A former miner at the Ashio copper mine. Natsume Kinnosuke’s novels left a deep impression on him and he comes to the Natsume household. He actually comes from a good family.

Takenaka Naoto as Shiobara Masanosuke
Natsume Kinnosuke’s adoptive father who raised him in his childhood. He once had a good lifestyle but has fallen on hard times now.

Tachi Hiroshi as Nakane Shigekazu
Nakane Kyoko’s father. An elite who serves the Chief Cabinet Secretary of the House of Lords. He eventually resigns from the government service due to the change in government. 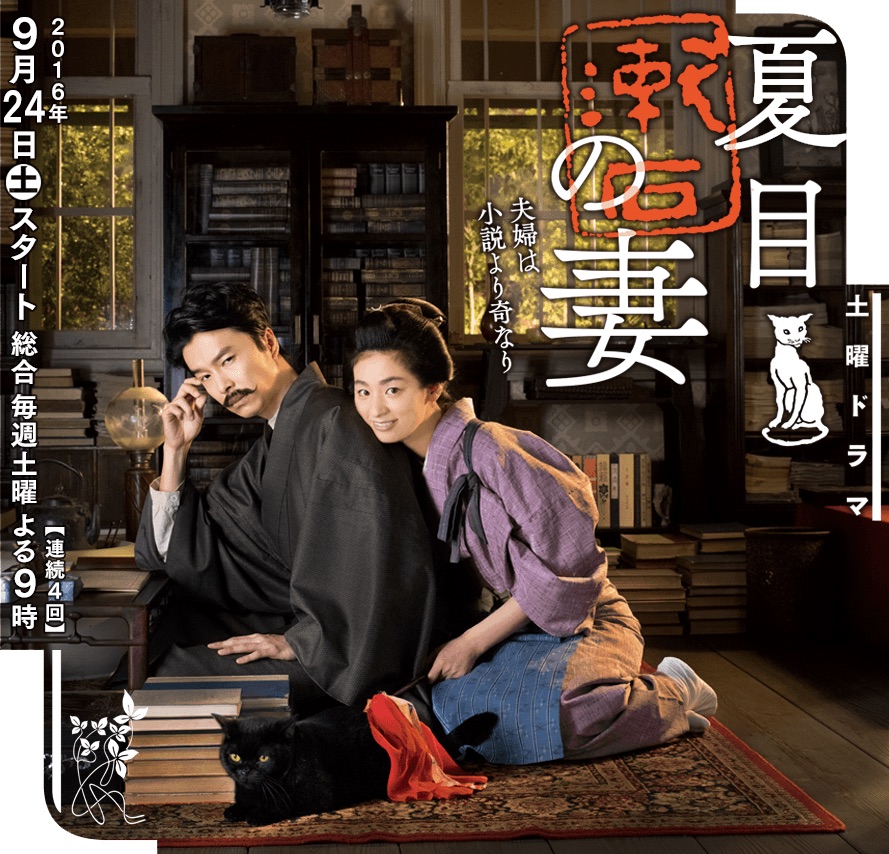