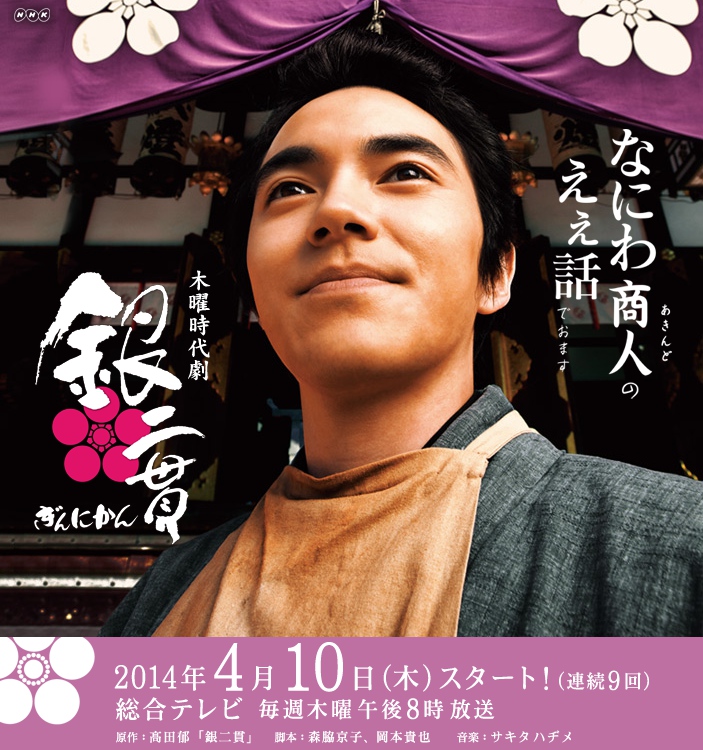 The drama is set in the post town of Tenma, Osaka. Matsukichi’s father was a samurai and was killed by someone seeking vengeance. Matsukichi himself was almost killed too, but he was rescued by Wasuke, the owner of the Kanten (Japanese gelatin) wholesale shop Ikawaya, at the price of 2 silver kans (currency of the Edo period, 1 kan = 100 pcs). Abandoning the life of a samurai, Matsukichi works at Ikawaya as an apprentice, in order to repay Wasuke. The 2 silver kans used to ransom Matsukichi were actually intended for the rebuilding of the Tenmangu shrine, which had been destroyed by fire. The drama follows the life of Matsukichi, as he struggles in his new life as a merchant amidst bullying, love and challenges of the trade.