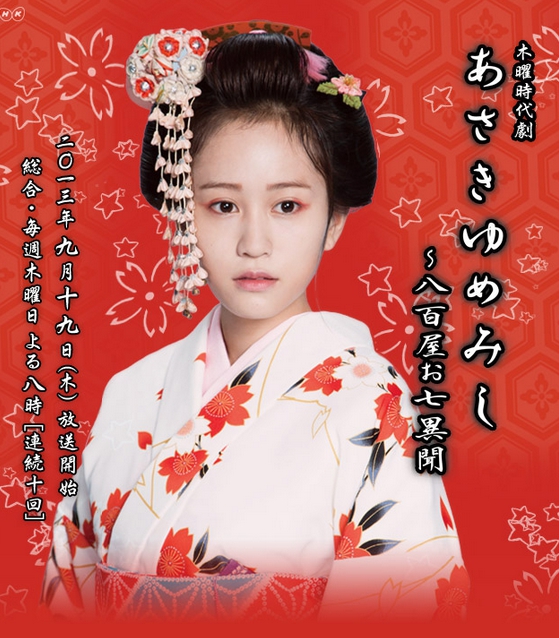 In the second month of the ninth year of the reign of Tokugawa Tsunayoshi, a great fire tore through the town of Edo. Starting from Maruyama, it spread to Komagome. The prosperous greengrocer Yaogen was also razed as well. The only daughter of the house of Yaogen, Oshichi, was then sent to stay at the Daijoji (temple) until the shop, which also served as her home, was rebuilt. At the temple, Oshichi fell in love at first sight with the Kichisaburo, who works at the temple. Kichisaburo seems to be the son of a samurai, whose identity is unknown. Having been left at the temple when he was a young boy, Kichisaburo has known no other life than that of working at the temple, but he aspires to be a scholar.

Yaogen is rebuilt, and so Kihee sends for his daughter Oshichi. Impressed with one of his employee, Kanzo, Kihee aims to make him his son-in-law and successor to his business. However, when the subject is broached to Oshichi, no matter what, she refuses to say yes. In her heart, there is already Kichisaburo. On his side, Kichisaburo too, has strong feelings for Oshichi, and before long, their secret love marks the start of a tragic love story –by NHK